Centers are used to accurately position a workpiece about its point or axis between a lathe chuck or head stock spindle and tail stock spindle. Enables the workpiece torotate or revolve and helps to ensure concentric work

Offer increased rigidity over extended points, although tool clearance may not be as strong. 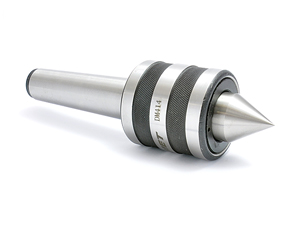 Are recommended for operations where by exceptional tool clearance is your top priority. 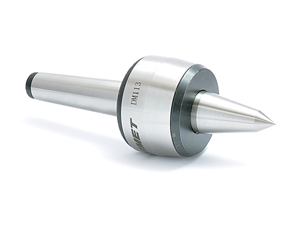 Feature a shallower end than do plain centers, enabling the center to hold tubing, pipe or hollow shafts. 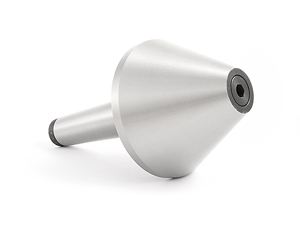 Supplied with different interchangeable inserts, which enable variety of applications. Inserts can be easily mounted and later removed with the use of extractor.

Do not rotate and provide workpiece support at either the fixed or rotating end of a machine. Within the fixed position, dead centers create frictionbetween the workpiece and the center, requiring lubrication to prevent friction welding.

Are used specifically for facing, as they allow a cutting tool to face the end of the work without bumping into the center. They are best used foradditional wheel clearance when grinding small parts with diameters smaller than that of the dead center. Half dead centers come either with a full carbon steelconstruction or with carbide tips.